In this episode of eCommerce360, we speak to Umar to Qumar from ELO on how he scaled his brand to a six-figure revenue solely on smart retention and repeat purchase strategy.

We cover the following topics in this episode:

Revathi: Welcome to eCommerce 360. This is Umar Qumar, who runs a very successful apparel business named Elo. It is noteworthy that Elo as a brand is driven by a singular purpose, which is to make our clothing sustainable. Hey, Umar, how are you doing?

Umar: Very good. Thank you for having me. It’s a great pleasure. How are you?

Revathi: I’m doing good. I’m doing great. So Umar, let’s start by telling us a bit about yourself and how you got started on this journey.

Umar: So my name is Umar Qamar. I am from Pakistan. I started, well, I’ll just do a bit of introduction. So I was born in Faisalabad and raised in Faisalabad, which is one of the textile hubs in Pakistan. And my father comes from a textile family. So everybody around me had something to do with textile. So in a way, I kind of knew that I would be doing something with textiles when I grew up.

I did my university in Edinburgh and then in Cass Business School in London. And I got back and join my family business in 2013. And at that time, there was a huge retail revolution going on in Pakistan. There were a lot of stores opening up and a lot of these textile companies were setting up their own shop and had their own network of shops to sell their product. So I wanted to do something similar. And I pitched the idea to my father and asked him that I want to run my own retail brand. And he said, “Okay.” He gave me the green signal and I started working on developing the brand. But after sampling and making designs, the factory, my father’s factory, refused to make clothes because they were fully booked as he works in the export business and he had a lot of export orders.

And he was uncertain about me having a successful business at that time, so it didn’t go through. But at the same time, a company in Canada, which we work for, which my father was working for, went bankrupt. And they had given us 50% of the payment and the 50% of the payment was due when we shipped the order. As the company was bankrupt so they couldn’t receive the products and we had nowhere else to sell the product, so we decided to make a website called export leftovers. And the rest is history.

Revathi: That’s a fascinating story. So let’s start talking about how you got your first customers for your website. Right. I think you already had a very successful business as far as retail is concerned.

How did you start driving traffic, driving customers to your website, how did you get them interested?

Umar: So in the beginning, it was mostly Facebook advertisement. Back in the day, back in 2013, it was a lot cheaper than–. I used to have these coupon codes, which I used to give out to people if I was traveling on the bus. If I was going to an airport, I would just give out those vouchers to everybody to just like have small engagement and I was very enthusiastic about telling about my brand. So if I had any chance to talk to people, I would just go out and start talking about my brand and that’s it. But I would say most of the traffic from the early days came from Facebook.

What were your metrics when you started and what was your revenue?

Umar: So for us, we have been doubling every year. In the second year, we grew by three times because obviously, the revenue was just tiny in the first year, but ever since we have been doubling in size every year. And for us, the main factors are obviously, because we sell products at a very low price, so for us the biggest metric is return on Adspend and the other is the sell-through rate. So we want to sell every product within 90 days of it being published on our website. So that’s the target, that if a product comes on, it’s life, we have to sell it within 30 days. Because we work with limited money, with limited budget, limited warehouse space, so having a good sell-through rate is very important. And then, focusing on high profitability products is also very important. So we look at the net margins as well.

Revathi: So talking about selling. Do you have regular customers? Do you have your customer base? Where people keep coming back to you within the time that you publish your products. Do they come back? Do you notify them? How does that process work?

So a lot of our customers come through the app and we have a repeat customer rate, which falls between 60% to 70%. Right now, I was checking today, it was 69%.

So there’s a huge repeat customer rate for us. And the way we entice our customers is by using promo codes and then we have like a weekly deal. So the customers come to our website just to check out what’s on deal because the prices are just so low, that it’s like a deal of a lifetime for them. So they always come back to the website to look at our weekly deals. And then, the newsletter is another option, then we do a lot of web push notifications, which bring in a lot of customers. Then we send a weekly SMS talking about new products or deals or stuff like that, yeah.

Revathi: That’s great. Talking about engagement. Could you give us a sneak preview into your tech stack?

What does your tech stack look like for your e-commerce business?

Revathi: Okay, so that reminds me. What kind of tickets like, for your vendors, because we have noticed, also we have heard from our customers that, where is order inquiry is the most common?

Umar: So a lot of these are like, what are my order? Where is my order status? And like, we used to have those bots but the problem with the bots in Pakistan is like the some of the customers would write half English, half Urdu, half Punjabi, half some made up language, so the bot won’t be able to answer that. So, yeah, because people don’t write only Urdu, only in English, and even in Urdu there are no bots sophisticated enough at the moment to answer those questions. Yeah, but you are right.

About 40, about 50% of the tickets are just like, very simple questions, like where’s my order, and then you give them the tracking number, and it gets solved.

And a lot of the customers would send you a message on Facebook, would send you a message on Instagram, would send you an email on your email, and then so there would be multiple tickets, but we still consider them in those 2000 tickets. And then, there are a lot of complications that they sent you next, I wanted to exchange my item, I sent you the item, but I haven’t received it, so where’s the status? So yeah, stuff like that. Even though everything we send an email to the customer, if you receive the order, if you have received the order for exchange, we also send them an SMS, but still customers in Pakistan want to be on top of everyone or everything. So they will send you an email even if they received it from us.

Revathi: Yeah. So slightly I’ll shift gears here so. What has been the change in your approach in generating revenues from the time you started? Until now, right. Has it changed? You said you started with Facebook ads and out of word-of-mouth marketing.

Has there’s been a greater emphasis on retention compared to acquisition? Or has it been kind of mix of both? Or have you doubled down certain channels and let go of certain other channels? How are things change now? Now that you have so much of experience over the years.

Umar: For me, I still think we have a lot of emphasis on Facebook and Instagram. We ran a lot of ads on Google AdWords, but for some reason, they didn’t perform as we expected. The Google Ads run very well for retargeting but getting a new customer, I think it’s more expensive compared to Facebook. I would say definitely, we are spending a lot more money on our newsletter and creating engaging content for social media. Earlier on our content was much simpler, just putting a photo of the product, but now we have created content, which kind of tells the usage of the features of the product. S

o more detailed social media engagement, I would say is another thing that we are working on. Additionally, I think the best click-through rate which we receive is ironically through SMS style, which is strange, but SMS works really well for us when we want to do a promo blast campaign. So that’s interesting. But now we are trying to work more on prospecting new customers and then retargeting it. So again, a mix of Facebook and Google Ads for that. We are also tipping to choose and try testing TikTok and Snapchat as well.

Revathi: Okay, how is that working?

Umar: Well, with TikTok, we ran one campaign, which causes a lot of traffic, but unfortunately, the bounce rate for that day was 99%. We got a half a million people visiting the website. But unfortunately, they will not have any purchases so maybe the TikTok audience is not as mature compared to other social media platforms. That’s what I feel.

Revathi: Okay, that’s great. So I think that was like my concluding question as well right?

What are the latest e-commerce trends that you have adopted? Also, if you want to recommend upcoming e-commerce stores with any hacks. What would your recommendation be?

Revathi: Okay, that sounds great. Awesome. I think we have gone to the conclusion of the interview. Thank you so much, Umar, for taking the time and letting us know your facts, your strategies and scaling your business. People, you enjoyed it as much as we did so until next time, see you. 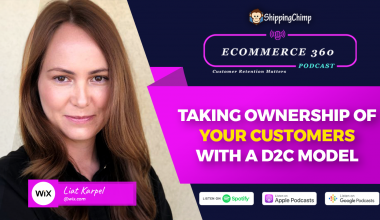 Read More
For any eCommerce business, your customer is your greatest asset. You invest in acquiring every new customer –…
eeCommerce 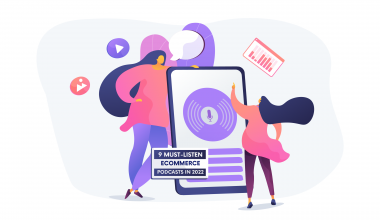 Read More
It was in 2004 when Adam Curry and Dave Wine started the first-ever online podcast. Adam once worked…
PPodcast 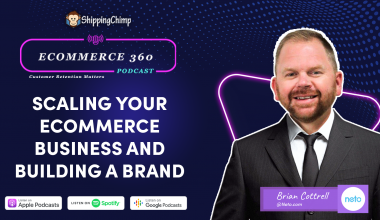 Read More
In this episode of eCommerce 360, we speak with Brian from Neto. He discusses in detail why eCommerce…
PPodcast 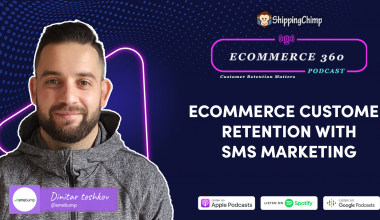 Read More
In this episode, Dimitar from SMS bump highlights the growing importance of SMS marketing for eCommerce brands. He…
PPodcast 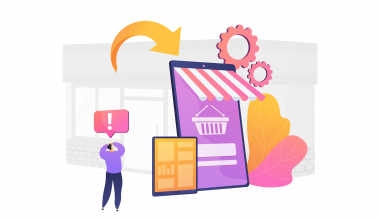 Read More
We had an opportunity to converse with an extremely talented mompreneur Keri Jamieson founder of KeriKit limited. This…
PPodcast 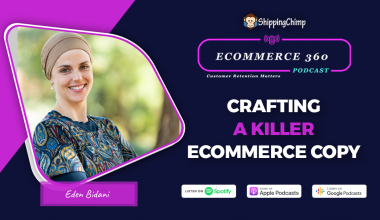 Read More
In this Episode, Eden Bidani gives a crash course on eCommerce copy that sells. By comparing the current…