Does anyone have to tell you that the retail giant Amazon’s extensive supply chain operates as a flawless machine and has set a benchmark for all eCommerce businesses to follow?

Wouldn’t you want to know Amazon’s logistics and supply chain secrets to optimize your logistics strategy for faster delivery and better scaling up of business?

Many variables and perfect executions have put Amazon ahead of others in the eCommerce industry. The ultra-modern and worldwide supply chain network is the most critical element to the company’s huge success.

By focusing on the areas, such as selection of products, price, and convenience, Amazon is dominating nearly every home-delivery market in the world. The incredibly diverse fulfillment services of the company are hard to keep up with even by its biggest competitors.

Innovation is the key to Amazon’s supply chain and logistics excellence, and they are at the top of its business goals. For example, in recent times, the company has been into the warehouse management of consumer goods supplies.

Introducing Prime membership in the US in 2005 and later in other countries was a master stroke that helped Amazon to win many customers. In the US, initially, members paid $79 per year to get free two-day delivery on more than 1 million products in the company’s inventory.

Now in 2022, Prime members pay $179 annually and get benefits, such as free one-day or two-day deliveries, access to Prime Music, Prime Videos, and special discounts.

To maintain loyalty of existing customers, and attract new customers to the Prime membership program, Amazon invested $800 million in 2019 to expand the benefit of free one-day shipping to members. The company pulled off such a huge venture banking on its extensive warehouse and distribution network.

To keep the promises of faster delivery, Amazon positioned its vendors close to the customer base. Although co-locating by vendors with customers is not something unique, Amazon reversed the practice and began operating under its vendors’ warehouses.

The whole process works like this — the supplier picks products based on purchase orders from Amazon and then moves the items into the company’s fenced-off warehouse.

Subsequently, the aligned Amazon employees sort the items into outbound orders, pack them, and dispatch them to customers.

By placing the warehouses close to major metropolitan areas, the company has control of inventory and distribution, enabling it to fulfill orders fast for customers at a lower cost.

Besides, Amazon merchants can make the most of Amazon’s widespread fulfillment network for their operations through the Fulfillment by Amazon (FBA) program.

In the FBA program, sellers need to ship their items to Amazon fulfillment centers for the company to collect items, pack, and ship them, along with providing customer support.

The company also uses thousands of robots (Amazon Robotics) at its warehouses to speed up its distribution. Currently, Amazon is using more than 200,000 robots that help deliver over 350 million different items.

According to Amazon, the robots know which item to pick, and no one has to look at a list. The robots move to the location where an item is stored, and an employee reaches there. This process doubles or triples the productivity of the staff at the warehouses by cutting down on their efforts to find an item.

To deliver orders in one or two days to customers, Amazon uses various logistics methods and delivery partners to meet the demand for expedited delivery.

Amazon Logistics is much more than a “last-mile” shipping/delivery service that delivers packages to customers. It means the company works the same way as postal services in the US, such as USPS, Royal Mail, and commercial shipping carriers, including FedEx and UPS.

Amazon Logistics LLC is not a major corporation like the known logistics giants. Rather, it is a technology-driven marketplace or network.

Amazon’s trailer trucks carry over 2,000 boxes at once, bringing customers’ orders from various fulfillment centers and to sortation centers. From there, the packages get distributed based on locations and the shipping speed.

To meet the promise of one-day or two-day delivery windows for Prime members, Amazon uses its airplane fleet, which flies from more than 20 airports in various parts of the US.

Each airplane can carry 30 or more containers containing hundreds of boxes. For ground shipping, Amazon uses a fleet of trucks, vans, motorbikes, and even drones for last-mile delivery.

To achieve even faster delivery, like the one/two-hour delivery window of Prime Now and the one-day delivery of Prime members, Amazon often uses drones even more consistently to fly packages to customers.

Besides, Amazon launched the Delivery Service Partners program in 2018 to encourage its employees to launch their delivery services.

The Delivery Service Partners program benefits both Amazon and its employees, as it will strategically expand the company’s delivery network. Employees also receive ongoing support and training for their delivery business.

Secret 3: An Optimum Utilization of Human Skills and Technologies

One of the secrets to achieving that feat is integrating innovative technologies, which have streamlined processes and increased efficiency.

Due to this, Amazon has increased its capacity to store 40 percent more inventory and fulfill the orders of Amazon Prime members on time and provide a positive customer experience.

In 2019, Amazon launched another robotic delivery system called “Amazon Scout,” which runs on six-wheeled autonomous robots and delivers packages to customers via sidewalks. Such an optimum use of human efforts and advanced tech has kept Amazon ahead of its closest competitors, such as Walmart, Best Buy, Target, and Costco.

The secrets behind Amazon’s logistic and supply chain success have been the company’s huge investment in technologies and more than 20 years of strategic efforts.

Even smaller eCommerce stores can learn and implement the innovation, agility, and customer-centric approach to scale up their businesses. 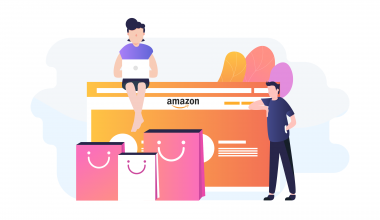 Read More
After customers click the “Buy” button when shopping online, the subsequent experience is likely to determine the fate…
SShipping Tips 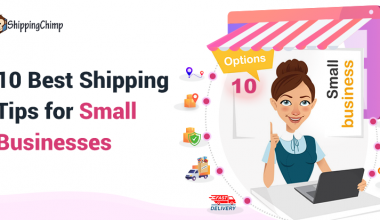 Read More
For small businesses, shipping is one area that takes a lot of effort. While slow deliveries might annoy…
SShipping Tips 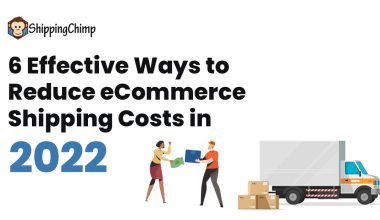 Read More
Shipping costs play a vital role in determining the growth and sustainability of businesses. eCommerce stores have to…
SShipping Tips 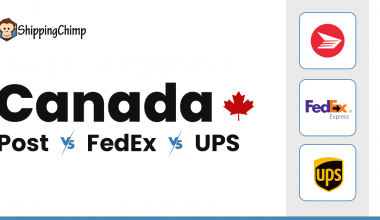 Read More
Choosing the right shipping carrier for your business can be a daunting task, especially if you are just…
SShipping Tips 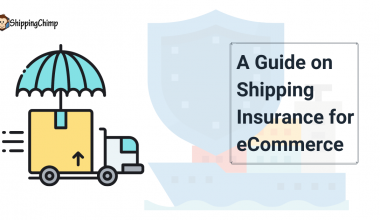 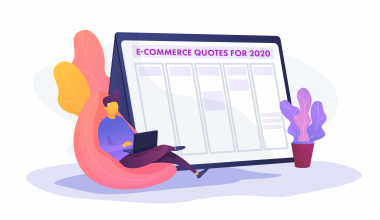 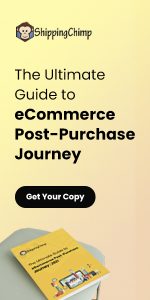